Posted on December 18, 2009 by haymoncollins

Is it unbearably tragic to do a Best of… listing? Tough, everyone seems to be doing it. I skimmed the NPR list and found much I agreed with and thought this possibly not a good thing, after all should I be aligned with such cross-Atlantic preferences? But then I looked at the Drowned In Sound version which was even more unsatisfactory, trying so hard as it seemed to be oh so out there and hip… Anyhoo for the record and for what its worth here is my top 10 of 2009 – but even as I write I can’t be sure – oh to be decisive

Possibly my most frequently played album of the year, quite mesmeric and beguiling. Andrew Bird Myspace
No 2 – Loney Dear – Dear John

A mate of Mr Bird, this album too was on heavy rotation, an almost symphonic flavour to it at times. Loney Dear Myspace
No 3 – Grizzly Bear – Vekatimest 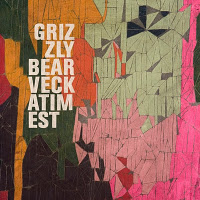 This one took way to long to get under my skin, but it has and a very fine set of work it is too. Grizzly Bear Myspace
No 4 – Dark Soul of the Night

Crying shame this hasn’t officially seen the light of day, so many good things here even for someone who doesn’t normally like the Various Artist thing
Sorry the Youtube is vid free – but my absolute fav from the album
No 5 – Scott Matthews – Elsewhere

A great talent, superb musician and a great live performer. This second album was a grower. Scott Matthew Myspace
The Youtube vid is frankly a bit duff, but a great track
No 6 – Idlewild – Post Electric Blues

Just about my favourite band (this side of the water) come back with an album that is a real return to form – bless ’em. Idlewild Myspace
Oh for goodness sake – no Youtube of tracks from this album… come on
No 7 – Silversun Pickups – Swoon

Winner of the coolest album cover of the year… and the music ain’t half bad either. Silversun Pickups Myspace
No 8 – Wheat – White Ink Black Ink

Brilliant – back on form and a whole album of good stuff. Wheat Myspace
No 9 – There Will Be Fireworks 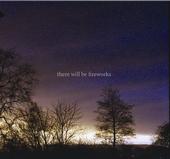 From the slew of Scots bands these stand out for me, a great self release, would be good to see them live… hint, hint… There Will be Fireworks Myspace
http://vimeo.com/moogaloop.swf?clip_id=2769419&server=vimeo.com&show_title=1&show_byline=1&show_portrait=0&color=&fullscreen=1‘Midfield Maestro’ by There Will Be Fireworks from Peter Gerard on Vimeo. OK Vimeo quality so much better than Youtube – but load times…
No 10 – We Were Promised Jetpacks – These Four Walls

This entry was posted in Uncategorized and tagged Best of 2009 CD\'s, Loney Dear, video. Bookmark the permalink.