Posted on February 17, 2011 by haymoncollins 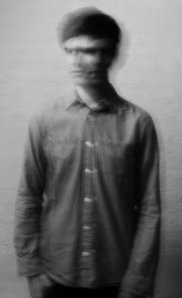 Now here’s a thing. Not naturally part of my usual core listening pleasure, this Mr Blake has either been the recipient of  a lot of hype or there is a genuine groundswell of opinion that he is something to be excited about

His roots in dubstep are well known but his eponymous album, following on from a series of EPs, seems to me to have feet in several musical camps. For sure some of the treatments here and occasional sub base refer to his dubstep antecedents. But there is much here, and I don’t just mean his vocal delivery but also the phrasing and composition, that has links to the likes of Justin Vernon (Beacon Don’t Fly) and Antony Hegarty (My Brother and my Sister) who must have been in his listening bank of late one suspects

Naturally tracks like Wilhem Scream and Limit to Your Love have a genuine beauty to them and an immediacy that others do not possess. It is interesting to listen back to the original Feist version of Limit to Your Love and see how, despite what sounds like such a different treatment, that Blake’s version is remarkably true to the original. However after a few listens the less immediate tracks find their own spaces to inhabit. Now a goodly time after the first feverish listenings, I find myself drawn back to the less obvious tracks, rather relishing their difficulties and peculiarities – surely a sign of good things. I have unwittingly gained some ‘cool’ points with the Lass’s mates, clearly a duffer like me isn’t expected to enjoy this sort of music!

A shortish album and although, to my ears not a comprehensive success, at the tender age of 23 Blake has managed to produce an album of charm and emotion, using contemporary sounds that manages to sidestep easy categorisation. If he can ride out the hype and continue to be this inventive and creative he may be a significant influence

Apologies that the vid will only play through Youtube, Mr Blake’s ‘people’ won’t let it fully embed