The Irish Are Coming 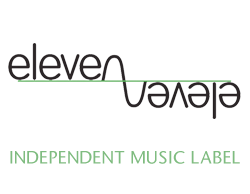 Rather quietly there seems to be an Irish ‘thing’ going on. The unspeakably wonderful album of last year that was Halves, It Goes, It Goes has claimed it’s place as one my favourites of these last few years. Rather lazily and unquestioningly I assumed it might be a one off, a bit of an aberration.

But a tweet from Halves drew me to Elis Czerniak’ other band, Alarmist, who will be issuing an EP  through the small and bijou Dublin label Eleven Eleven (they also of course have a FB page). Eleven Elevens roster is compact but focussed with three bands with similar preoccupations – instrumental music with a whiff of post rock about it but with a lightness of touch and variety of instrumentation that lifts it clear of that cliché.

Overhead, the Albatross (whose name immediately makes me think of the lyric from Echoes from Pink Floyds’ Meddle album – coincidence or super-smart old me?) are six Dublin lads Joe, Vinny, Stevie, Ben, Luke & David with cello and violin played by Eoin Kenny and Tadhg Byrne (not sure how they qualify for surnames, but…) who have a a rather fine four track EP, Lads with Sticks downloadable from their Bandcamp site. Overhead, the Albatross are perhaps the most readily ‘post-rock’ of the three bands on the label, and none the worse for that, but the strings lighten the mix and the rather endearingly titled Lads with Sticks is worth anyone’s effort to download.

Friend? (with their slightly confusing name – do you spell it out like in their twitter name or is it a symbol? am guessing the later) also have an EP to be downloaded from their Bandcamp page. Their sound is a little more reminiscent of Halves (no slight intended) as in the opening of Dan 2 with the violin and satisfyingly ‘ping-y’ drums. Having not always been a massive fan of the violin I have been re-educated by the likes of Yndi Halda , the fair Sophie Green of Henameiscalla and the lush strings of Message to Bears not to mention Halves themselves. Friend? use their strings to a similar effect as Darryl Way used to back in the day with Curved Air (anyone for a late 70’s trip?) this quartet of songs sounds crisp and tight with a refreshing space between the instruments (sorry if that sounds abut like a wine review, it’s nearly lunchtime) avoiding that rather muddy overcrowding that a band like this could be prey to.

Alarmist, comprising Neil Crowley, Elis Czerniak ,Osgar Dukes and Barry O’Halpin have an EP due out in August of which a couple of tracks currently stream off their Bandcamp site and bode very well for the final offering. There is of course a little of the Halves sound in there as you would expect given Czerniak’s presence, but more than this there is real flavour of Tortoise in there – maybe its the impulse drums or perhaps the use of the glock or the staccato affects. But  whatever the influences I am looking forward to the whole set when that is released and the prospect of the, yet unannounced, dates in the UK.

Well here is a trio worth pursuing in my books and all neatly tucked up into one label to boot. I will have to well and truly park my unhealthy stereo types of Irish music being the vomit inducing U2, or whafty Enya-esque vocalists. Here is some fine stuff and if they could ease over to the UK for a date or two, all to the good.

This entry was posted in Uncategorized and tagged Alarmist, Eleven Eleven, Friend?, Halves, Overhead the Albatross. Bookmark the permalink.