The Sea of Memories – Pallers

Posted on September 16, 2011 by haymoncollins 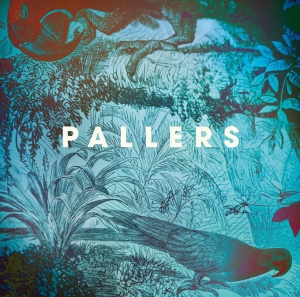 This sort of music normally only makes up a small part of my listening pleasure but I am indebted to Erika working on behalf of Labrador Records in Sweden for bringing it to my attention.

Pallers are a couple of chaps from Sweden, Henrik Mårtensson and Johan Angergård, one with antecedents in the arena of ambient, trippy electronica and the other with a decidedly more poptastic bent, the combination of the two being clearly evident here. Rumour has it that they have so far shunned the limelight, preferring instead to inhabit cellars, basements and villas in various exotic sounding locations whirring and bleeping their way to this their debut album. Pallers, their chosen name, is in fact a suburb of their home town Åhus.

It’s probably terribly rude to highlight sonic references and I do so just to locate them as distinct to Dylan, Angels of Death Metal or Beyonce. The set sounds a bit Royksopp …a bit Lonely Dear … a bit Husky Rescue and a bit … plain gorgeous.

With a deep velvety, chocolate and caramel type sound, blissed Scandinavian vocals and plenty of synth driven melodies inhabiting a deep space echo place; here is luxurious chilled listening material. What hits you first is that vaguely Buddha Bar type chill production, the swirl of sound, a sense of fluidity and watery motion. But listen closer and the melodies come through, the songs wrapped up in this sumptuous and crafted envelope.

Already producer Youandewan has taken the track Come Rain, Come Sunshine, remixed and transformed (as in totally transformed) the track and made it a free DL on his Soundcloud page. There is slew of particularly strong tracks in the second half of the album: Years Go, Days Pass, Wired (although lyrics like “we had our chance once before, when we were younger” sound a little strange from a duo of such tender years , this is still one of my favourite tracks), Wicked with its delicious squelchy synth, introducing  for the first and only time a female vocal in the shape of Karolina Komstedt (she of Club-8 wherein also can be found Johan Angergård, not surprisingly Club-8 are also on Labrador Records). The album ends with the lovely Nights track, a little regular piano building the underlying and recurrent track with the languid vocal over the top brings the album to a suitably chilled and languorous end.