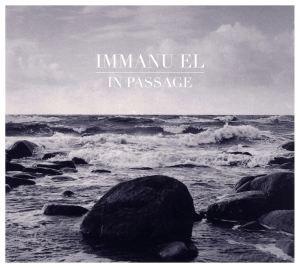 In Passage is apparently the third album from this Swedish band. Three albums from five young chaps who can only be about 24 years old is reasonably impressive in its own right, but to produce an album of such polish and finesse is surely a testament to a little more. That little more must be the fact that they have been playing together since they were 16, and have honed their skills during their 150 shows around Europe.

In Passage has a decidedly nautical flavour about it. It seems some or all of them have been spending time on full-rigged tall ships of late, they all come from the western coast of Sweden and nautical references abound – track titles like Into Waters, To An Ocean are clear enough, but opener Skagerak refers (I believe!) to that difficult stretch of water between Denmark and the Swedish/Norwegian coast, the video from the album closer On Wide Shoulders (embedded below) has terrific footage up the mast of a tall ship and so on and so forth , no doubt more nautical-ness is in there as well.

The sound is determinedly smoothed and polished, not a note out of place, a work of careful craftsmanship. From ones of such tender years this is a hugely mature sound with impressive playing throughout. The guitar sound is especially noteworthy, that ringing chiming guitar reminiscent of The Boxer Rebellion to my mind.

Should you need to, its rather hard to categorise Immanu El – a little indie here, a bit post-rock there, a dash of good old fashioned pop as well. But whichever pigeon hole you might  choose to place them in, the more you play In Passage the better it sounds, not quite enough to jolt me from my post-classical obsessions of late, but an album that is beautifully put together, delivered with heart and good intent from a band with obvious talent and ability who must surely live up to the good notices they have been receiving.

The album is released on 29th October through their self managed And The Sound Records label. Their autumn tour shows no signs of UK dates, but they are getting around the rest of Europe, maybe they’ll pop over one day…

PS for all you vinyl types I have been told that Kapitän Platte will be issuing In Passage on vinyl – pop along and place your order!

This entry was posted in Uncategorized and tagged And The Sound Records, Immanu el, Kapitän Platte. Bookmark the permalink.

8 Responses to In Passage – Immanu El