New York duo (although they perform as a four-some), Aleksa Palladino and Devon Church, have released a five track piece entitled From Silence on the excellent Secretly Canadian label, where you can find a useful little biog for the two-some together with a stream of The Sea from the set (a free download of the same track is available for while courtesy of ATP’s Soundcloud). A rather delicious swirl of voices and synth based stuff that feels all rather uplifting and grand. 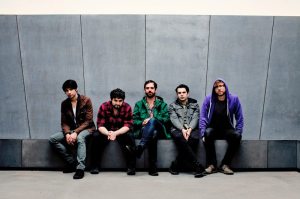 Milagres‘ album Glowing Mouth album was released in September on the Kill Rock Stars label in the US and Memphis Industries label in the UK. This Brooklyn five piece have a penchant for echoey drums and poptastic falsetto vocals, a few tracks from the album can be heard through their FB pages or Bandcamp site and their website has few more bits and things on it. I am really rather taken with this lot, lifting me a little out of my current slough of despond with their spacey and splendid sounds

First of two Caledonian mentions, Frightened Rabbit have generously offered up a new three track EP for the mere offering of an email address. Originally available as a limited edition EP whilst on tour with Death Cab it can now be obtained here. Drowned in Sound have a nice little article that tells you more about each track. Two of the tracks have guest vocalists, Tracyanne from Camera Obscura on Fuck This Place and Scottish legend Archie Fisher on closer The Work. 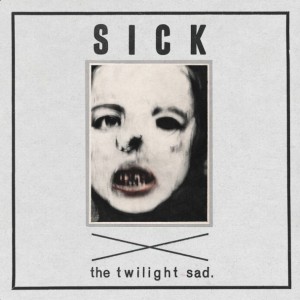 There is something that draws me back to Twilight Sad despite their unremitting gloom, darkness and indeed threatening overtones. With a new album, No One Will Ever Know, due early in 2012, the first track (slightly disappointing) Kill It In The Morning was out a little while ago and another track, jollily titled Sick, is now playing via the Stereogum site and feels an altogether better track, with James Graham’s voice well up front and the industrial overtones replaced by a bit more regular guitar work.

Safe to say that this isn’t normally my sort of thing but Italian, Barcelona dwelling DJ Bacchetti does put out some interesting stuff. The exotic latin-inflected Tango (embedded below) is especially infectious. There is loads of his stuff on his Soundcloud site including some long mixes and podcasts available for free download

And finally, continuing ‘its not my normal sort of thing’ line, the recent collaboration between Massive Attack and Burial has surfaced. On super limited to 1000 hand made vinyl only output there are two tracks both around 11 minutes – Four Walls and Paradise Circus. It has to be said they are both exquisite, beautiful things with the time and space to grow and evolve. I know that limited artefact stuff is all the rage but this material needs wider access, and I am sure it will happen. In the meantime  for those like me who weren’t one of the privileged 1000 to get their gold dusted physical versions, they can be heard all over the place including (but not limited to!) Soundcloud editions of Four Walls and a radio rip of Paradise Circus (shame about the DJ talk at start and end)