If Not Now, When – Olly Knights 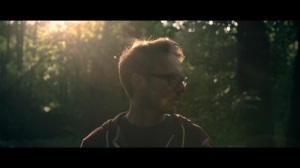 It’s hard now to recall a time when the music of Turin Brakes wasn’t an enduring part of my musical life. The soundtrack to many memorable moments. True the white heat of their ‘fashionable’ break through may be long gone, but fashionable fades and dissipates too soon, TB music lasts, it has that authenticity.

After apparently struggling to write new songs one half of TB Olly Knights has been through some sort of catharsis, returning to writing music for himself in a simple way. The album result is due at the end of September, and a sneak track If Not Now, When, is now out on his Soundcloud site.

Redolent of all that I first loved of TB’s music; a closeness, an honesty and a clarity, the song is beautiful in its simplicity, and has unnervingly chimed in personally with me at a time when it feels just right.

There is a snippet of of the Philip Bloom directed and filmed documentary that will be on the enhanced CD version of the album, as well as the video that accompanies the song. Both are beautifully wrought, each frame gorgeous in its own way, sumptuously framed and shot and wholly in keeping with the music.

If the album is half as good as this then Mr K can be satisfied that he has broken through the block. But don’t forget the day job eh? TB must keep rolling….