Zones – Good Weather for an Airstrike 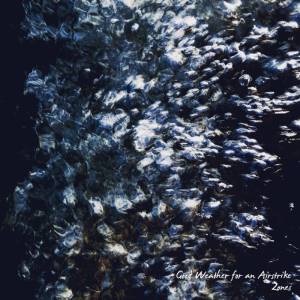 It really does feel like I need this sort of music right now when the world seems to be losing its marbles. Tom Honey has, as Good Weather for an Airstrike,  been producing some of the most thoughtful and absorbing music for some while, and each time he kindly shares some with me, it is a real pleasure. This latest set of five related tracks only clocks in at 18 minutes, but together they make a short sweet/suite that fully makes sense both as individual tracks and as a collective.

The tracks relate to the specific oceanic depth zones (who knew there was such a thing?), starting at the zone closest to the surface and going ever deeper down; sunlight , twilight midnight, abyss and trenches. Accordingly the music becomes more shadowing and enveloping as it progresses, breathy and ethereal, electronic echoes of deep water animals, rising and falling with the underwater currents.

The effects are hypnotic and calming (I need a bit of that!) and as it plays around me whilst I work on something or other, it has a similar effect to that induced by Max Richters epic Sleep work. Zones feels like another step forward for GWFAA, but then again each thing he releases feels like a step forward, building an ever growing catalogue of music with a character all of its own. GWFAA are out and about for a wee tour shortly (dates can be found on the Bandcamp site) so roll along to see what this sounds like in the ‘flesh’.

This entry was posted in Uncategorized and tagged GWFAA, Tom Honey. Bookmark the permalink.