Fresh Bits of Bella Union – I Break Horses and Thousands

The excellent Bella Union label is one of those rare beasts where you can rarely put a foot wrong in buying something from their catalogue. Of course they have their high fliers like Fleet Foxes but they have a rich trove of other thoughtful, innovative and rewarding and I have just stumbled across two of their two new(ish) artists and in so doing a few unexpected connections 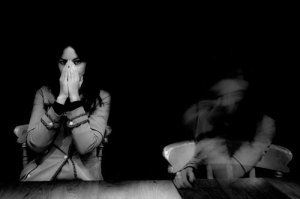 Named from Bill Callahan song (first connection) whose new album I chuntered on about a couple of days ago right here; I Break Horses are the Stockholm based Maria Lindén and her musical partner Fredrick Balck. Safe to say there is none of that nasty Swedish Robyn-esque pop rubbish here. More a sensitive shoe-gaze meets Cocteau Twins.

There is only but little to listen to right now – a demo of a track called Wired on the Soundcloud site, the hazy vocals pushed well back, and the fizzing Hearts, driven along by the synths and mechanics but with swirling sounds of Maria’s vocals adding the humanity. I Break Horses are due an album later this year on Bella Union, but prior to that three singles are planned with remixes from likes of Fuck Buttons and Chemical Brothers.

The photo used here was taken by Sebastien Dehesdin (connections two and three) who not only contributes to the excellent Line of Best Fit but also carried out a video diary project whilst on tour recently with my personal favs Her Name is Calla.There is a quite excellent atmospheric video to complement (in the truest sense) the track, that was directed by Alex Southam – the combination of the organic and natural footage with the synthetic qualities of the track making the project more complete. Strangely (connection four) Southam has also directed a video for my other new mates on Bella Union, Thousands. 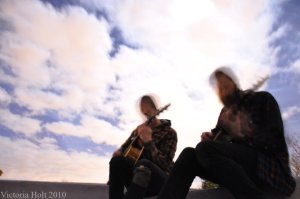 Thousands are (literally) the other side of the world to I Break Horses, hailing as they do from the folky throngs of  Seattle. Comprising just two two young chaps armed only with  their voices, acoustic guitars and occasional harmonium interjection, Kristian Garrard and Luke Bergman are buddies with the likes of Skye Skjelset and Robin Pecknold of Fleet Foxes (connection five – well sort of, yes I know the connections are straining now!).

There is only little too from Thousands that can be readily heard, but MTSES III and At The Edges can be heard through their Bandcamp site as samples from their album The Sound of Everything released in March. Here is the most fragile and intimate of music, a scaled back version of early Simon and Garfunkel if you will. Recorded often in the open air spaces of the Pacific North West track by track won’t knock you off of your chair but the collected impact is one of calm, enveloping music. By comparison Robin Pecknold sounds as if from a Scandinavian death metal band..

Thousands are doing dates in the UK and play (yes, connection six) Bristol Fleece on 20 June. They too have an arresting video from Alex Southam for their track On and On

Alex Southam video for Thousands track On and On