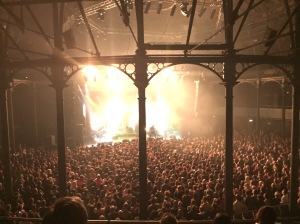 Ever since that last show at the dubious Garage in London, I have had a steadily growing Idlewild shaped hole to deal with. Just to be perverse the hope of a new album and live dates carried with it equal quantities of joyful anticipation and worry. But hope is important and the worry that after six years it all might be a well intentioned mistake, and they should have stayed away, has been comprehensively swept away.

The album is a joy, a return to form that feels even better than before. Of course it is more mature and nuanced than the early stuff, but then it would be, why wouldn’t it? So we have something with a clear heritage, a golden thread from the Captain era right up to date, the mark of a band that knows who it is and doesn’t need simply to retread the past. Everything ever written about them references back to the lyrical, acoustic-led, poetry which has always underpinned their work; it’s not so shy to show its face now, but it is still delivered with a punch and an intensity that is their other enduring characteristic.

Although, like any of their other die-hard fans, I feel they speak directly to me, I know this is just another of my favourite delusions. But this ability to connect so personally and make another world in your mind is the stuff that forges a hard-to-break bond, be you an old or a new fan. 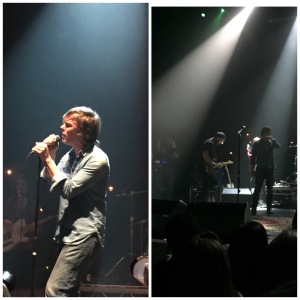 Creeping down the less than salubrious Digbeth to the Institute in Birmingham, IDS and I passed the hundred broken windows that still show that gentrification hasn’t arrived here quite yet. The sets we were treated to both in Brum and, a few days later, at the Roundhouse, after the Lad and I drove for three hours to get there, were the same. But truth to tell I could hear the same set night after night without tiring.

No mere recycling of past glories interlaced with a few pale imitation makeweight songs – the new and the old slot together as equals in the cannon that is the Idlewild catalogue. You know from the get go if a band is on it or not, and after the little hiatus they are most definitely on it. In fact they have never sounded, looked, or felt better; a drive, an enjoyment that slipped away before, a comfort in what they do, but moreover, a passion. 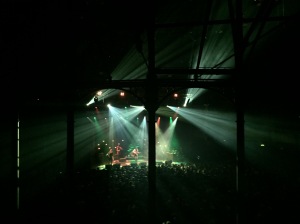 For sure the arrival of beloved favourites like Little Discourage, Captain or Roseability (the reactions to which must have warmed the cockles of their hearts, not least the unprompted, mass singing of “Gertrude Stein says ‘That’s enough'”) get a rapturous welcome; because for all of us somehow and for some reason, they connect to the remote part of our lives dedicated to shared experience, and common ground. But new songs like the magnificent Collect Yourself will soon join them and be similarly lauded. 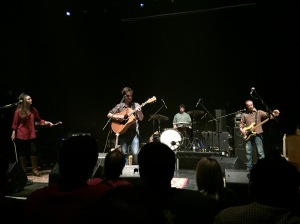 Lest we forget, the hideously talented Sorren Maclean and band played a blinder as support on both nights, and he won’t have done himself any harm at all. The new album Winter Stay Autumn is very fine indeed and should be snapped up at the earliest opportunity, as should the new EP Way Back Home.

But the nights belonged to Idlewild, the woefully under-rated and under-recognised wonders that they are – how many new bands wouldn’t be here without their influence and inspiration?  “There’s a lot of you here tonight”, says Mr W at one point, “Where’ve you been?”. We’ve been right here listening to the warnings and promises of a return after six years. But it’s like they hadn’t been away; music to set your spirit free and let your heart take flight. So good to have you back. 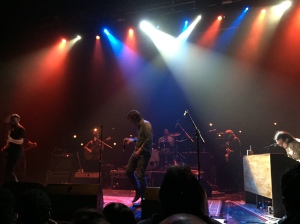 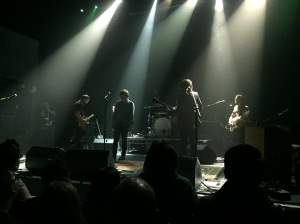 (Use It) If You Can Use It
American English
El Capitan
Utopia
Encore:
Too Long Awake
I Understand It
A Modern Way of Letting Go
In Remote Part / Scottish Fiction

This entry was posted in Uncategorized and tagged Gigwise, Idlewild, Sorren Maclean. Bookmark the permalink.