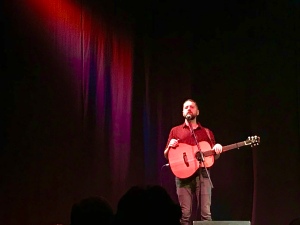 Something in Ross Wilson’s music touches me quite deeply, and often when that sort of thing happens, it’s hard to put your finger quite on the reason why – is the musicianship? the deftly written songs of loss and longing? the melancholia that runs through even the most positive of his songs? the beguiling and effortless voice? All of these and yet something else. Maybe for me the call to my Caledonian roots, a nostalgia for a scarce remembered past. But more than all of this, the honesty, the lack of guile with no quarter given to fad or fashion… the integrity of a man and his music.

Enough high falutin musings. Live, Ross is the most absorbing of artists, better yet than his recordings. A Blue Rose Code show is always an uplifting affair and tonight’s Burns Night show in our local Sub Rooms in Stroud had him at his most relaxed and comfortable, being a new Dad clearly agrees with him. His voice was as good as I have ever heard and there was a lightness to the set, a sense of enjoyment and he felt #grateful indeed. His partner in crime on stage, Wild Lyle Watt,  provided the most sensitive and enriching guitar work throughout. 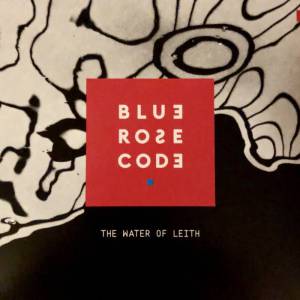 The new album, The Water of Leith, is a delight and its tracks were woven through the set as you would expect, and along the way reminders of gems from other albums – Grateful, Pokesdown Waltz (unfortunately I seemed to get something in my eye for this one… ) and the wonderful Edina, to name a few. The hour and a half slipped away; he was there and then he was gone, and the mark of a good gig is that it is still with me as I plod though dull work stuff, and Bluebell is the dogged ear-worm of the day.

It would have been remiss for a Burns Night to get away without due respect, and the group of Burns songs mid-set were flawless and memorable, as was the Auld Lang Syne we all stood for, throwing caution to the wind for our bad pronunciation which would have doubtless been better for a dram or two.

Live music  as good as this is a treasure, local venues have a frequently unrecognised importance and memories from nights like this are a joy forever. How  can you not love a man like Ross and his music when it is so heartfelt and so full of heart?