Posted on December 8, 2011 by haymoncollins

I still know its a bit naff but I am still going to do it – here, in strictly alphabetical order, are my albums of 2011 (followed by my favourite gigs his year) I will instantly regret not including a shed load of others, but you have to draw a line somewhere, and the line this year is drawn at the old fashioned imperial ‘dozen’, not your new fangled european ‘ten’.

Sneaking in right at the end of the year as a proper release, but a project from earlier on the autumn, the sublime Living Room Songs, the first of three Erased Tapes artists on the list. The project was written about here in October 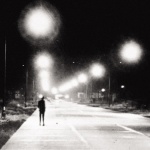 A A Bondy – Believers

So how come I never wrote a review for this album? Absolutely wonderful, moody and languorous with a great guitar sound and excellent supporting instruments. The Twist definitely one of the best individual tracks of the year… didn’t get to see him with Felice Bros either…

One of the years really exception albums, surpassing even the wonder that was For Emma, For Ever Ago, the eponymous album was also the heart of a brilliant show at Bristol Colston Hall

An album back from the start of the year but still there being regularly played. Great songs, well played with a big spacious sound, how come it took me so long to find The Boxer Rebellion?

Bill Callahan’s remarkable voice lays over all these tunes like a layer of caramel across some excellent playing, most especially the guitar work, on this fine, fine album. Both profoundly introspective and reflective but with an unerring uplifting quality

I am completely seduced by this album, its sparse beauty, the fact that all the sounds are essential components of the whole, the fleeting and haunting qualities of the melodies, quite brilliant. The album and other Nils Frahm material made up one of the best, almost spiritual, gigs of the year in Reading.

One of the most emotionally affecting albums in a long time. Long a fan of KC, but combined here with Jon Hopkins you get a slice of someones life, a peek into their world, delivered in an aching beautiful set. It should have won the Mercury -‘they was robbed!’ 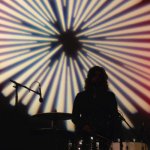 A bit of a johnny-come-lately to Low, but totally won over by this album of deceptively simple songs played with guts and precision. Their show at the Trinity was a revelation, especially Alan Sparhawks’ ripping guitar work

Scott Matthews – What the Night Delivers…

A return to sublime form from Mr Matthews, What the Night Delivers is a thing of beauty and consummate skill. Live too he combines Black Country blokishness with outstanding musicianship,  two wonderful shows in Wolverhampton and Bristol

Okkervil River – I am Very Far

I am Very Far took a while for me but once it worked, it worked. The sense of a runaway train, songs that hold together, just, something on the edge of falling apart, a wonderful ragged-ness. All sentiments echoed by seeing them at the Trinity, a great sprawling, intense show.

A Winged Victory for the Sullen

Another magnificent offering from Erased Tapes, a spellbinding album of intensity and beauty, joyous and energising, quite wonderful; what more can you say?

Last on the list but a great swooping album that recalls the heady days of psychedelia together with up to date americana rock, D has given some remarkably consistent pleasure this year, but I never wrote a review, how did that happen?

Gigs of the Year

A year of great gigs too, personal favourites being:

Label of the Year

Without a shadow of doubt the best label for me of 2011 was Erased Tapes who have released some remarkable music – Nils Frahm, Olafur Arnalds, A Winged Victory… to name but three of their excellent roster or artists – go visit, go buy